More and more people are becoming aware of the side effects posed by the use of traditional allopathic medicines with their ineffectiveness in curing some common disorders. Nevertheless, slowly attention is shifting gradually towards alternative medicine, which does not just cure all ailments but do not pose severe side effects.

What Is Alternative Medicine?

This refers to healing practices, which are not the same as those used in conventional medicine. According to the name, they are alternatives to the orthodox medicine for the treatment of ailments and other diseases. Most of these alternative medicines rely on a general health rather than a singular treatment of an ailment. Because of this, the aim of alternative medicine is to make the body and mind more resistant to diseases and stronger rather than the provision of popular cures like orthodox medicines. 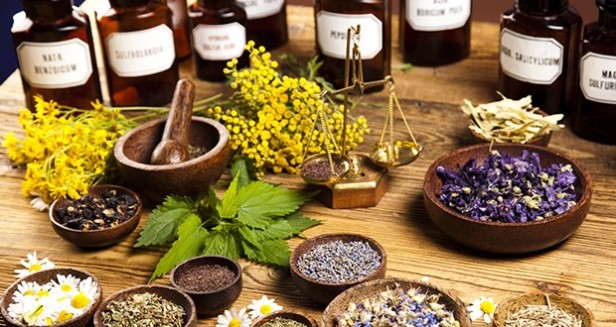 An alternative system has to be divided into certain types, however, this categorization isn’t fixed and concrete, since most procedures follow techniques, use by more than one type. The most common alternative medicine are healing systems, mind-body connections, energy therapies, manipulation and touch, herbal remedies, and dietary supplements. These alternative methods incorporate as follows:

Mind-Body Connections: Practitioners of alternative medicine have the belief that the body and mind have to be harmonized with each other for an individual to remain healthy. Because of this theory, most methods used by alternative medicine make use of techniques that build up the mind and body connection. Some of them fall under the following category.

Healing Systems: This is actually an alternative to orthodox medicine because they incorporate different techniques and practices. The healing system has methods such as Ayurveda and traditional Chinese medicine, which dates back to thousands of years before the development of conventional medicine. The healing system of the body is founded on the philosophy that the human acts like a storehouse of energy to cure all the ailments.

Naturopathy: The attention of naturopathy is on treatment based on nature and that aids in the healing of the body by itself. The most common method, which naturopathy incorporates is as follows: massage, yoga, meditation, acupressure, aromatherapy, and herbal remedies.

Ayurveda: This is a botanical medicine, which is as complex as conventional medicine. This alternative medicine began more than 5000 years ago and is still flourishing because of the effectiveness of the cure. In nature, it is holistic and relies on the provision of individual cures to different individuals based on the disorder being suffered by the person. Few of the methods that make use of the alternative methods include meditation, yoga, herbal medicines (botanical medicine), and massage.

Homeopathy: This is a system that has been tested over time and makes use of small doses of some can of substance, which arouses the body into curing itself.

Manipulation and Touch: This makes use of human touch in moving or manipulating some nerves, muscles, or parts of the body such as osteopathy, massage, acupressure, chiropractic, spinal manipulation, and craniosacral Therapy

Energy Therapies: Most alternative medicine methods are based on the theory that in the body there is a constant flow of energy via the body. According to this theory, the blockage of this energy to some area of the body can result to poor health or sickness. The aim of energy therapies is based on the restoration of good health by balancing or unlocking the energy through different procedures. The methods that fall under this category include polarity therapy, magnet therapy, touch therapy, acupuncture, and reiki.

Dietary Supplements and Herbal Remedies: The most comprises of ingredients, which could be herbal or natural, and are used over conventional medicines either as holistic therapy or as a cure. These remedies could include lemon grass, chamomile, gingko, ginseng, selenium, and bentonite clay. These are all botanical medicine. In most situations, these supplement and herbal medicines are secure; however, the notion that there aren’t any side effects when using these herbal medicines and supplements is false. Most of the natural and herb medicines have their own side effects, but if you compare it with conventional medicine side effects, these are generally few.

5 thoughts on “Alternative Medicine for Fitness”